La Ventana info and discussion :: LaVentana Specific :: what to do about increasing theft :: security and break ins

this one the marine grade has lasted 15 years, it is broken as of this year, so ordering this one to replace it. 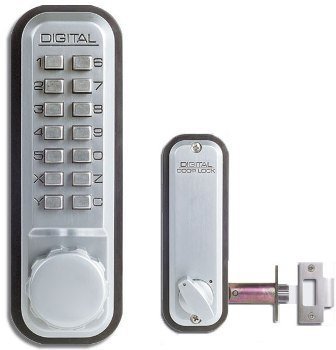 i use a 12 volt system at my main gate because can use battery back up.

i hook up car remotes to open via push of a button, also via mercury switch and had a touch button panel.

updated kojidoor lock that emails you when someone knocks or tries to open it with a picture...

With seemingly every item in the house becoming connected to the internet, the Goji – a door lock that interacts with the user’s smartphone – should be no surprise. The San Francisco-based company’s product fits over a regular deadbolt lock and connects via Bluetooth, wi-fi and the ZigBee network standard, letting home owners control access to their domiciles via their smartphones.

The $299 Goji is equipped with motion detectors and a still camera, which takes photos of anyone approaching a door that it’s attached to and sends them to the owner’s smartphone. From there, the home owner can choose whether or not to admit the visitor by sending along a text message or email.

The digital lock is another step towards the “connected home” trend that has been prophesied for the past few years at CES.

there was another one that was wifi.  but no picture.

http://www.gojiaccess.com/home.html
lock that takes a picture of the person entering and sends it via email.
$300.00

if you have your phone with you door unlocks by just touching lock. Those fancy entry locks with the touch-sensitive numeric keypads are so 2012. Kwikset’s new Kevo deadbolt quizzes your iPhone to verify that you’re authorized to enter, and then unlocks when you physically touch it.

Kwikset licensed the technology from Unikey Technologies. I recently spoke with UniKey CEO Phil Dumas to learn how the Kevo works.

“We’ve developed a product that is truly a passive entry solution,” said Dumas. “We use Bluetooth low energy [a component of the Bluetooth 4.0 standard], so your phone needs to be in fairly close proximity to the lock to communicate with it. We require you to touch the lock before you can enter, so you don’t unlock the door as you’re walking by.”


Kwikset's Kevo lock is currently compatible only with the iPhone 4S and iPhone 5.
Your phone can stay in your pocket or purse, according to Dumas, so if you’re already juggling an armful of parcels, you don’t need to pull it out to unlock the door. As long as it’s close enough to the lock, a simple touch of your hand is enough to open the lock (a ring around the lock glows blue once it establishes a connection with your phone).

Unlike many other entry-level home-control systems that support keyless entry locks— Lowes’ Iris and Nexia Home Intelligence being two examples—Kwikset won’t be attaching any subscription fees to Kevo locks. You can enroll one iPhone for free (only the iPhone 4S and the iPhone 5 are supported), and you can send an electronic key to a second iPhone. You can also purchase additional revocable keys for $1.99 each.

Don’t have an iPhone? Kwikset provides a keyfob that works in the same way. If you lose your phone, you can log into the Kevo app on another phone or into the Kevo web portal and delete or disable any eKeys associated with the lock. UniKey plans to add support for Android and BlackBerry phones in the near future.

this could be used for doors and gates. 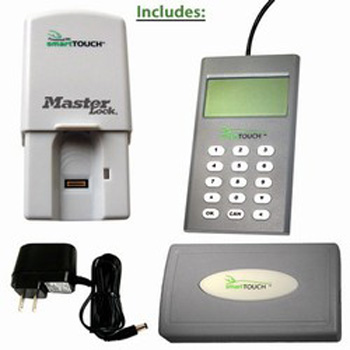 Similar topics
» I do not believe it is airborn it is touch
» heard this yesterday
» for today,,,
» surf board electric
» for today,,,

La Ventana info and discussion :: LaVentana Specific :: what to do about increasing theft :: security and break ins